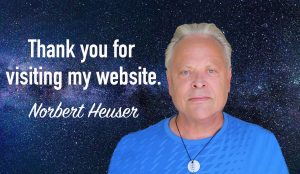 see important demo videos at the very bottom of this page

Every Cell Phone
is dangerous

Mobile / Smart phones harm your health due to electromagnetic radiation. 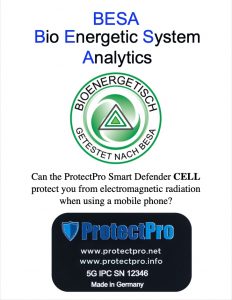 Our protection CELL against electromagnetic radiation from the mobile phone, like all of our other products, has been scientifically tested by the BESA INSTITUT in Austria and this and certified in the handling of 3G, 4G and 5G.
See BESA for details.

The Mobile Phone 5G Problem
is now a fact and coming down on all of us.

This new 5G technology turns everything on its head and causes concern and even fear for many people.
And rightly so. We have never been subjected to something more insane. The health and well being of mankind, animals and plants is under attack. 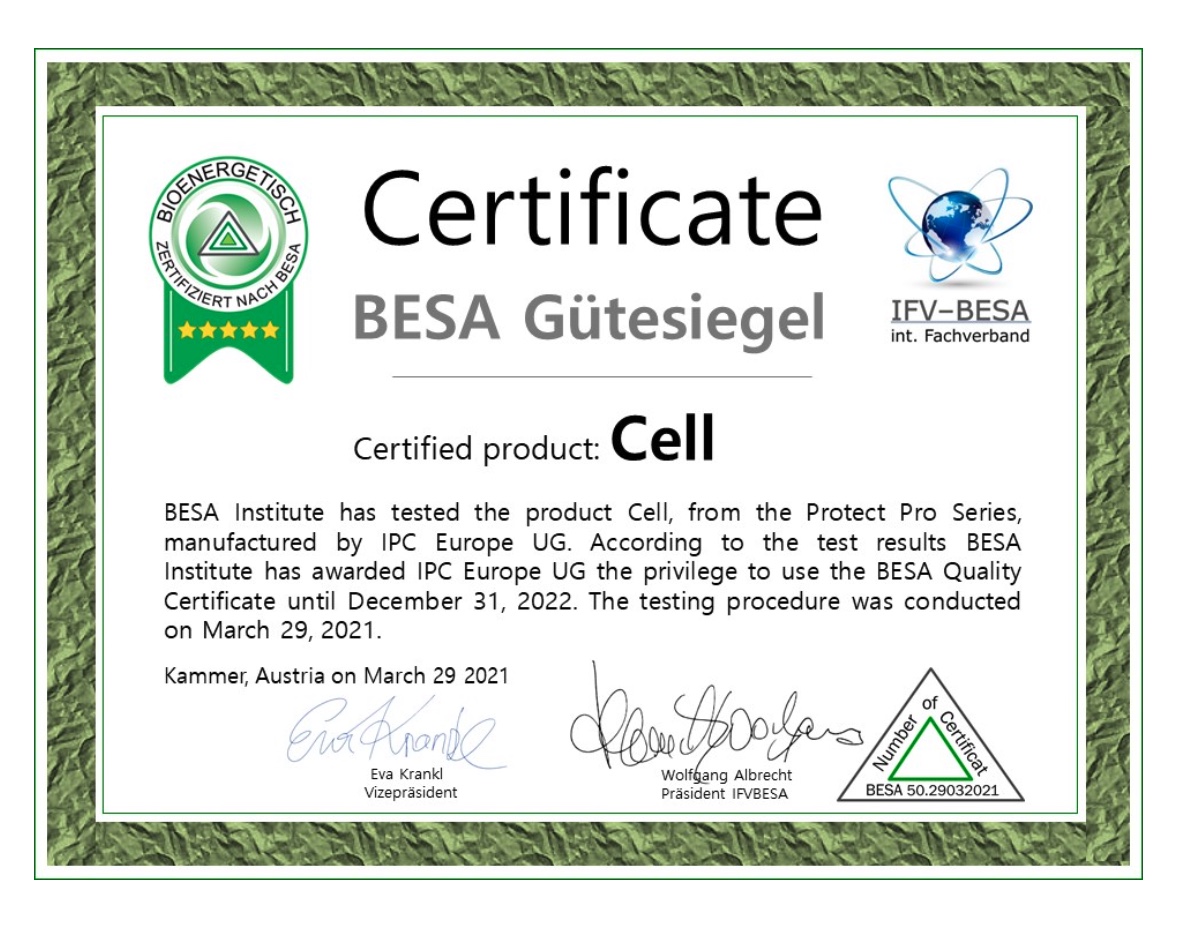 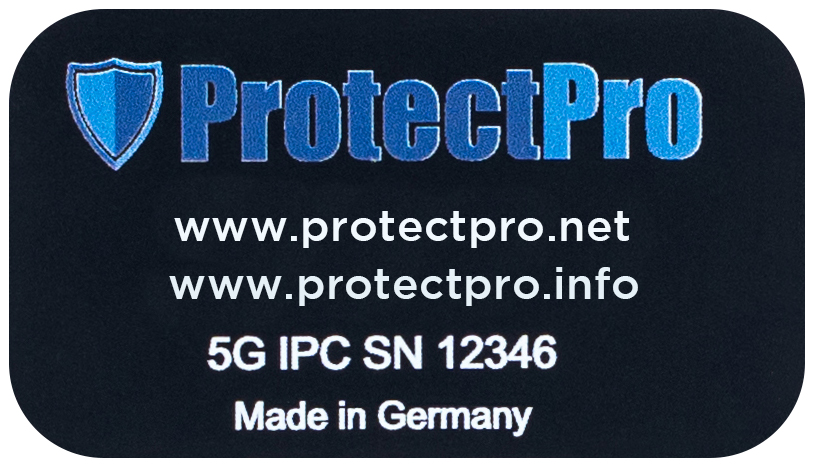 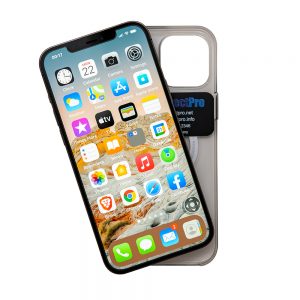 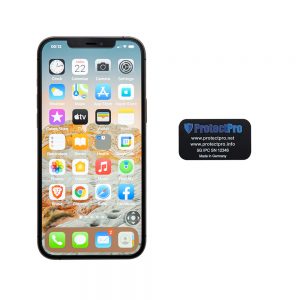 The official statements of German House Biologists clearly express that every value above 1000 is of “major concern for the health” – fill in the blanks – as they express it very diplomatic.

These values bombard your body. These days more people suffer from the effects of high-intensity electro- magnetic radiation than ever before, as the exposure has its highest level in history and there is no end in sight. All this results in all sorts of health problems. The exposure limits (SAR Specific Absorption Rate) were established by the cell phone industry itself – not from the governmental side. The Fox in the hen house. It is a total joke. The cell phone business is one of the biggest industries in the world. There is too much money to be made and ethics go straight out the door and are disposed in the big dumpster of integrity.

Though most people cannot perceive the harmful influences of electromagnetic radiation, more and more people are starting to feel uncomfortable strange sensations.

There are naturally occurring electromagnetic radiations coming from the sun, outer-space, and from the earth itself in Geopathic Zones.

When our bodies are exposed to chaotic, harmful energies beyond the capacity of the body to utilize or assimilate them, our health and well-being suffer. Our bodies were originally designed in an orderly harmonious way and are meant to live in a relatively orderly environment, at least as far as electromagnetic waves are concerned. Waves from the sun are far less dis-orderly than man-made microwaves as listed above, which carry billions of ‘bits’ of information encoded on them.

With the development of the internet and cell phones, Wi-Fi systems etc. were being widely implemented and can now be found absolutely everywhere: at home, at work, in kindergartens, in schools, restaurants, bathrooms, movie theaters, sport venues,

in hospitals, in the street when shopping, in shopping centers, coffee shops……

In recent years much research has been published on the health dangers of Wi-Fi on humans, animals, insects, bees and plants alike. Wireless networks do particular and irreparable harm to the health of children, adolescents and pregnant women.  Note that Wi-Fi operates in the same frequency range as the microwave oven and now 5G even exceeds that spectrum by far.

Living and/or working in the area of influence of a Cell Phone ,WiFi or cell tower station etc. adversely affects health and can lead to a significant decline in health. Conditions directly associated to harmful frequencies like electromagnetic radiation may manifest in the following: cardiovascular and neuropsychic disorders, disorders of the musculoskeletal system, inflammation acceleration, deformation of one’s own body biofield leading to further serious diseases – various forms of cancer, violations of the coronary and cerebral circulation, polyarthritis, and multiple sclerosis. Alzheimer’s, Parkinson’s, leukemia, brain tumors, fatigue, depression, general mental disorders, headaches, unexplained agitation, sleeplessness, loss of concentration, loss of energy, weak vision and memory, sleep disorder visual impairment, nervousness, reduction of the blood levels of leukocytes and lymphocytes, immunity disorders; it adversely affects the endocrine and reproductive system, destruction of bone marrow and much more.

Nowadays every third person dies of cancer. Why? There is plenty of evidence that cancer and electromagnetic radiation are linked. There several whistle blowers who have confirmed all this. See BOOKS  The Hidden Danger 5G.

Basically, harmful frequencies can cause negative health conditions in a person. Because each body is different, the harmful waves may affect each person in a different way. Unfortunately, doctors have not always associated these functional disorders with the influence of a Cell phone, WiFi or cell tower stations. Children’s Health Defense website has posted much data exposing these dangers as well as other harmful activities.

By the way no medical doctors have even been educated at the university about electromagnetic radiation.

The maxim:  “Follow the Money” applies to much of the down play promoted by those with a vested interest.  Though many groups of interest try to play down the harmful influences of Wi-Fi stations, etc., plenty of scientific tests have stated exactly the catastrophic consequences of exposure on the human body. Health/Cancer/Dr Neil Cherry.

It does not matter which way around you apply the Cell to your phone. We work in the domain of Quantum Physics which knows no up/down, left/right, front/back…..

The PROTECT PRO TECHNOLOGY Cell does not interfere with any operation of the cell phone itself or other electronic devices. 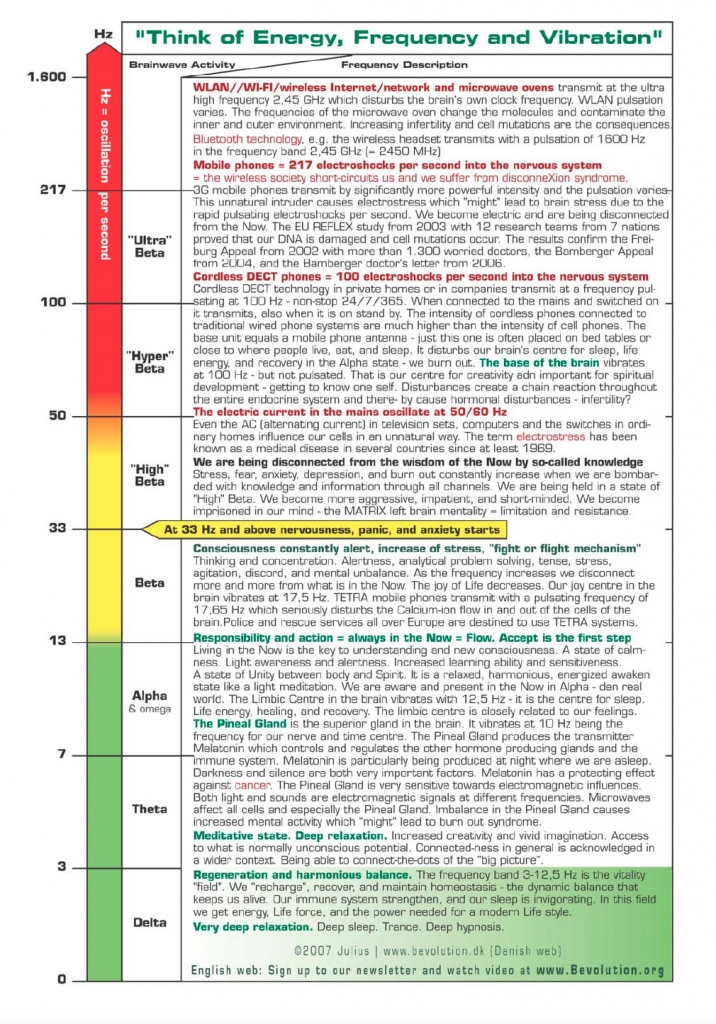 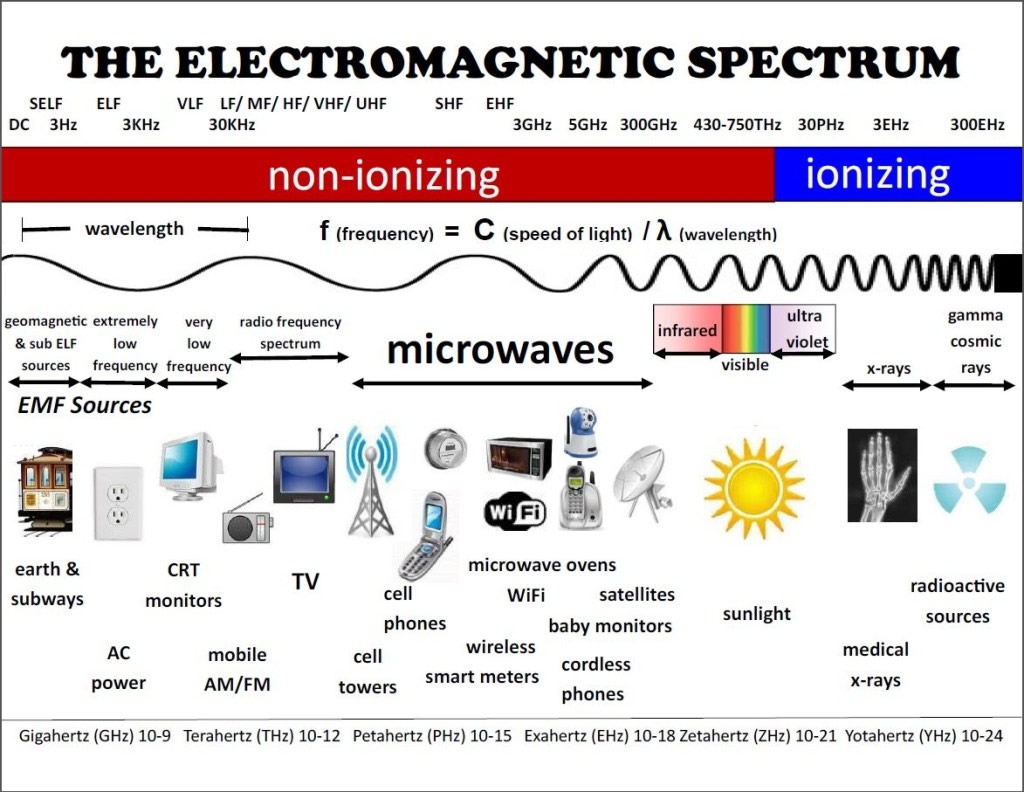 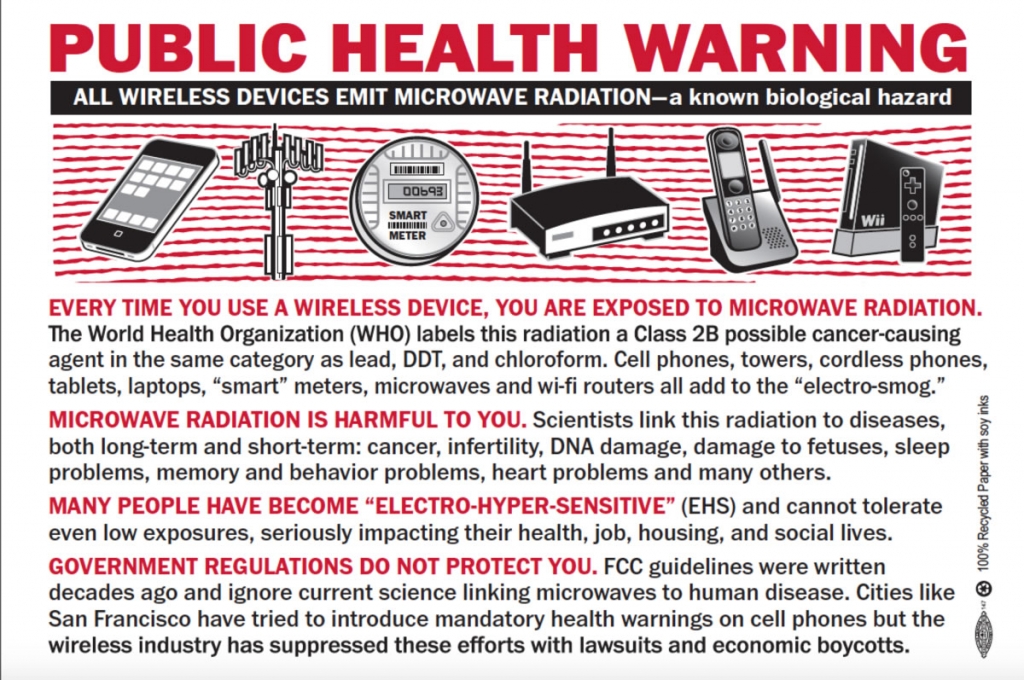 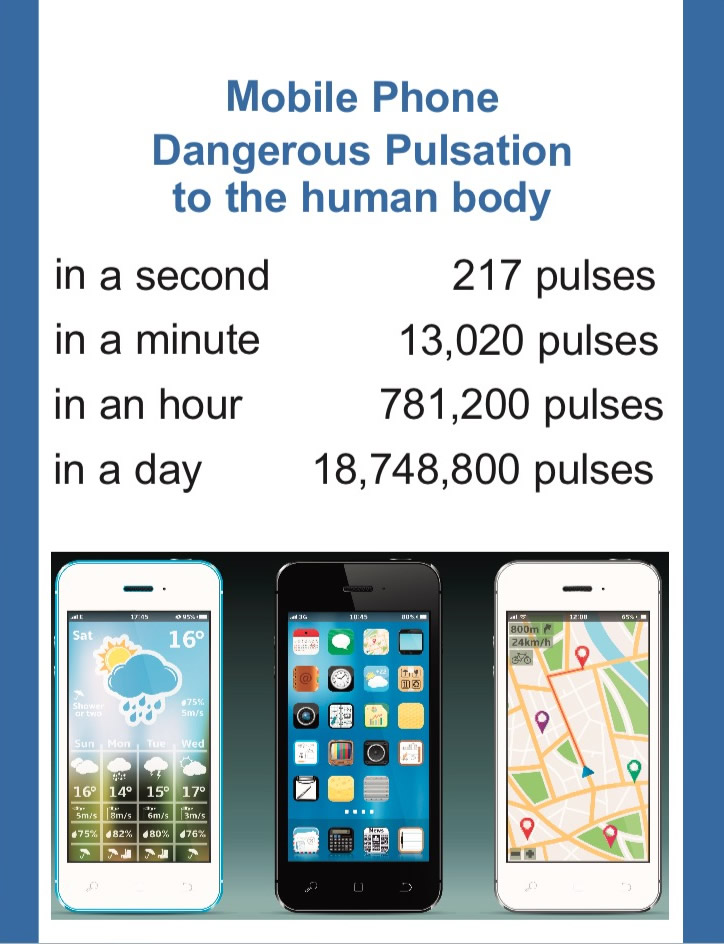 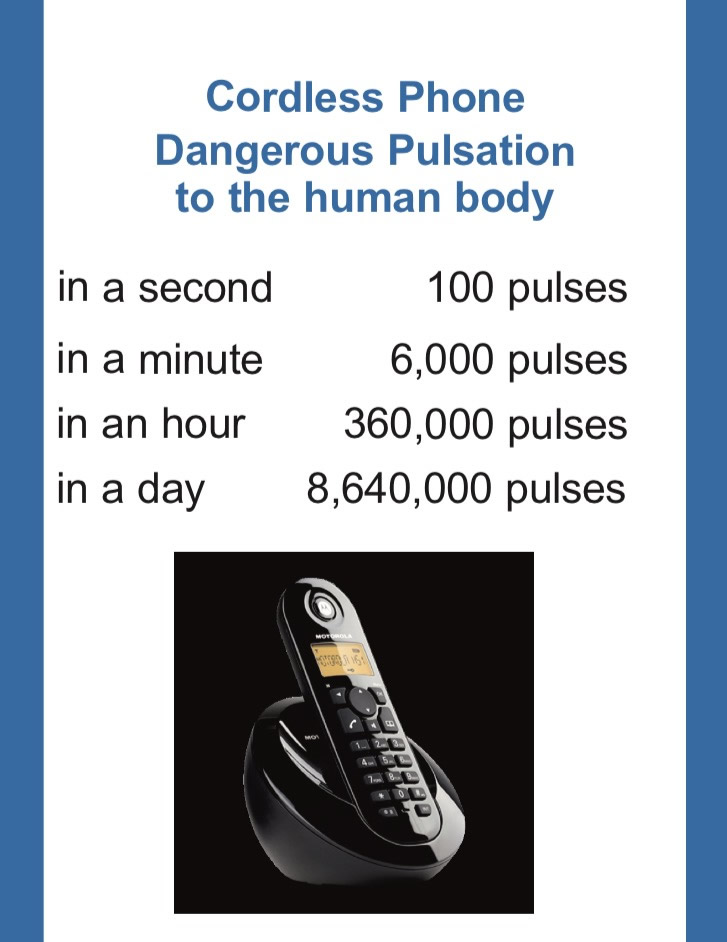 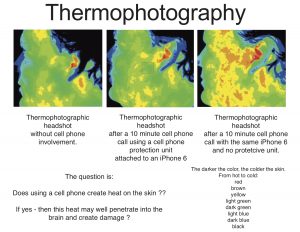 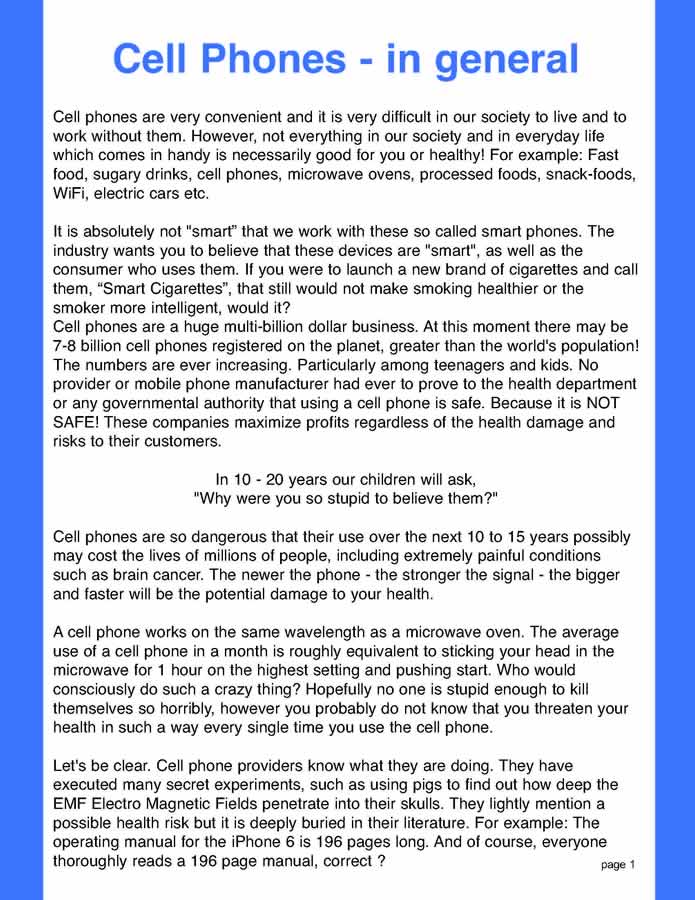 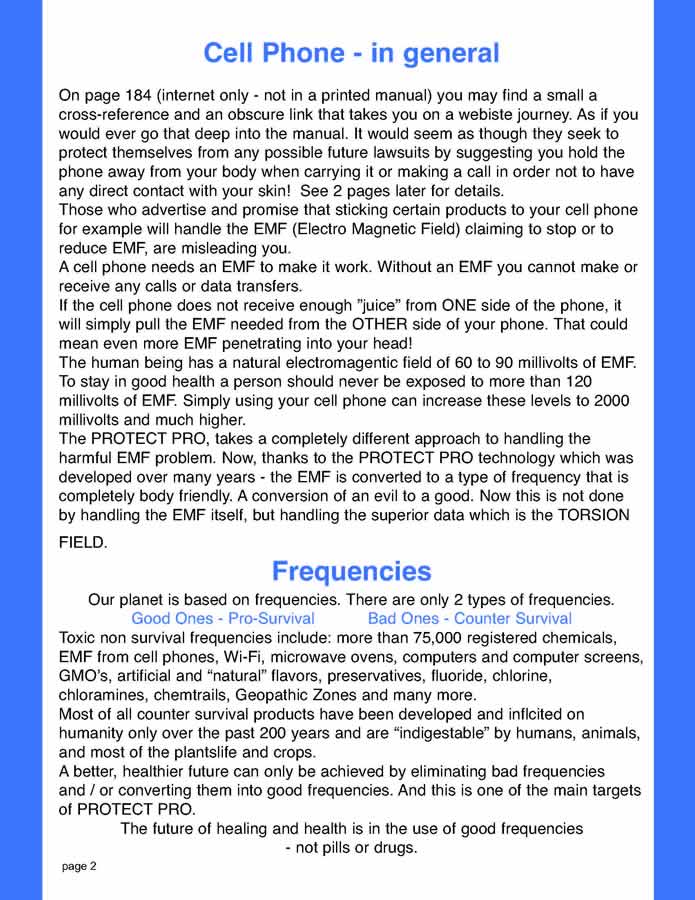 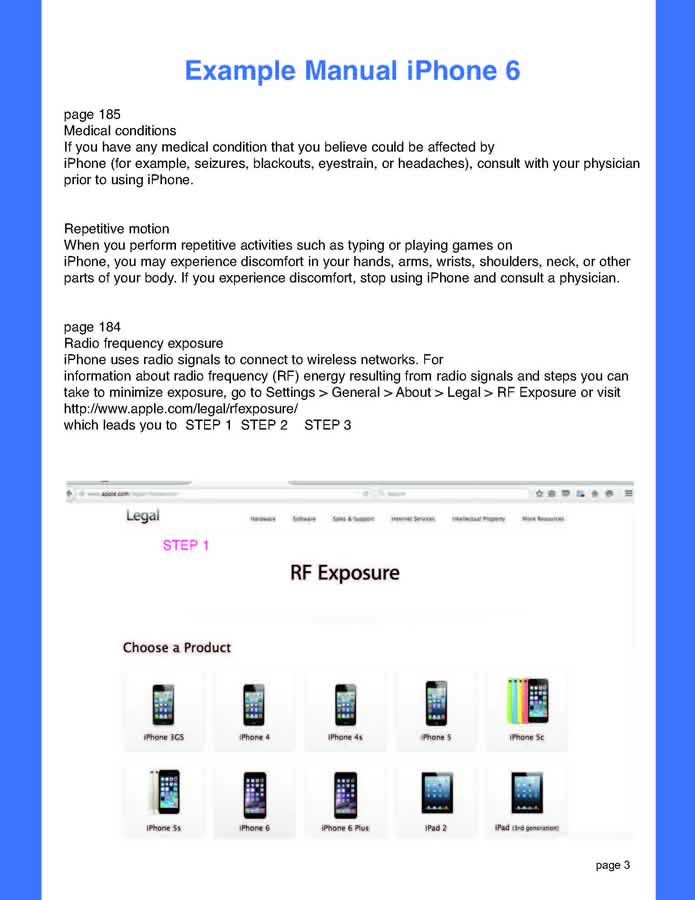 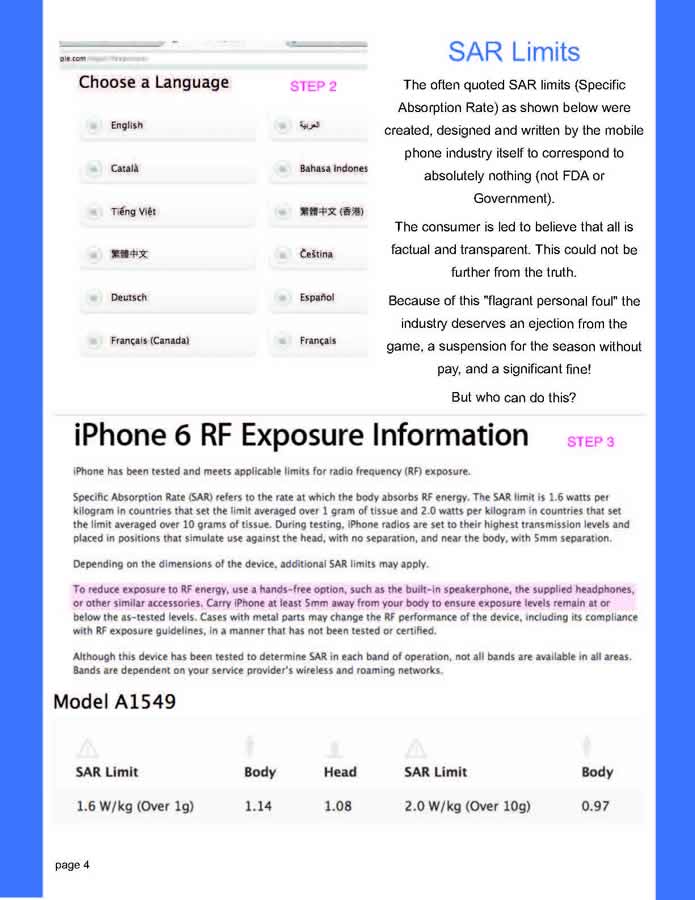 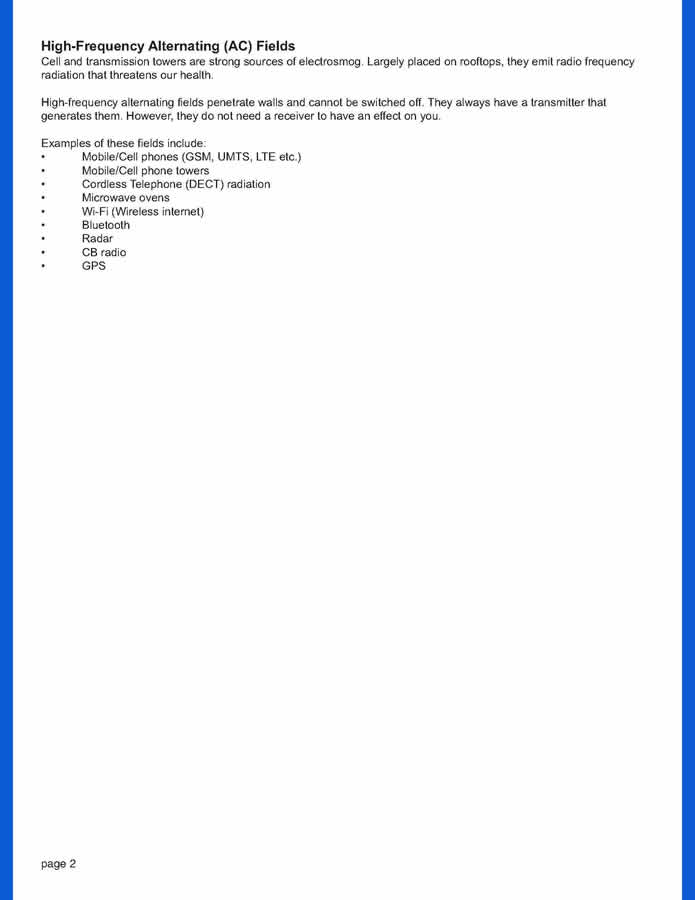 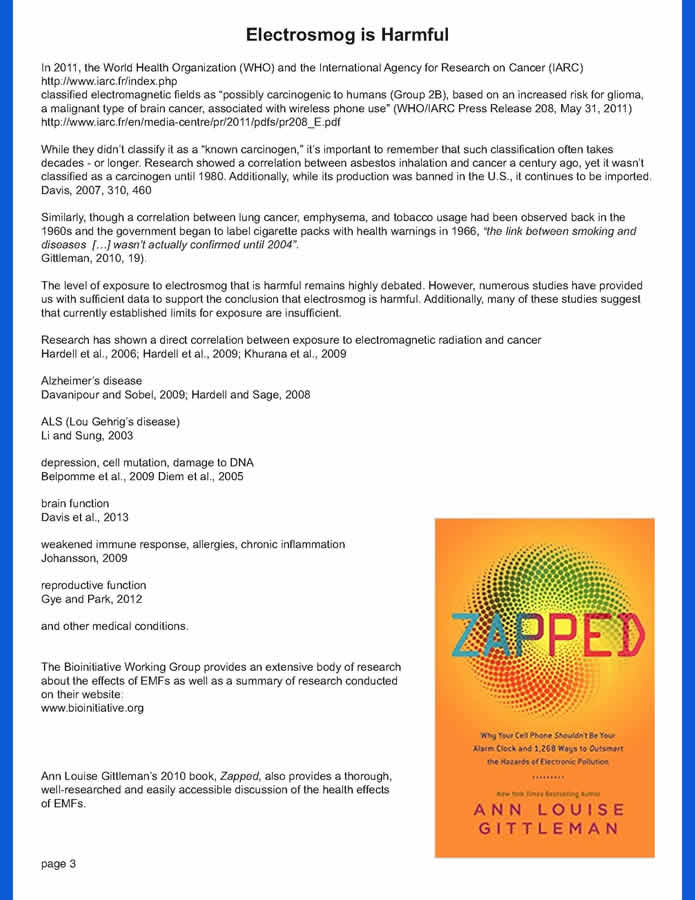 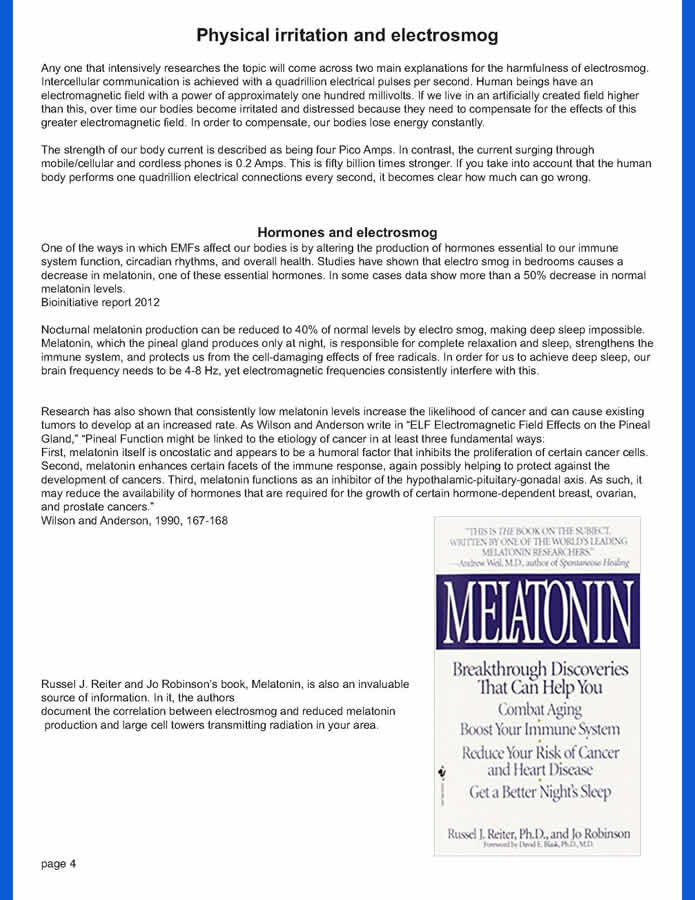 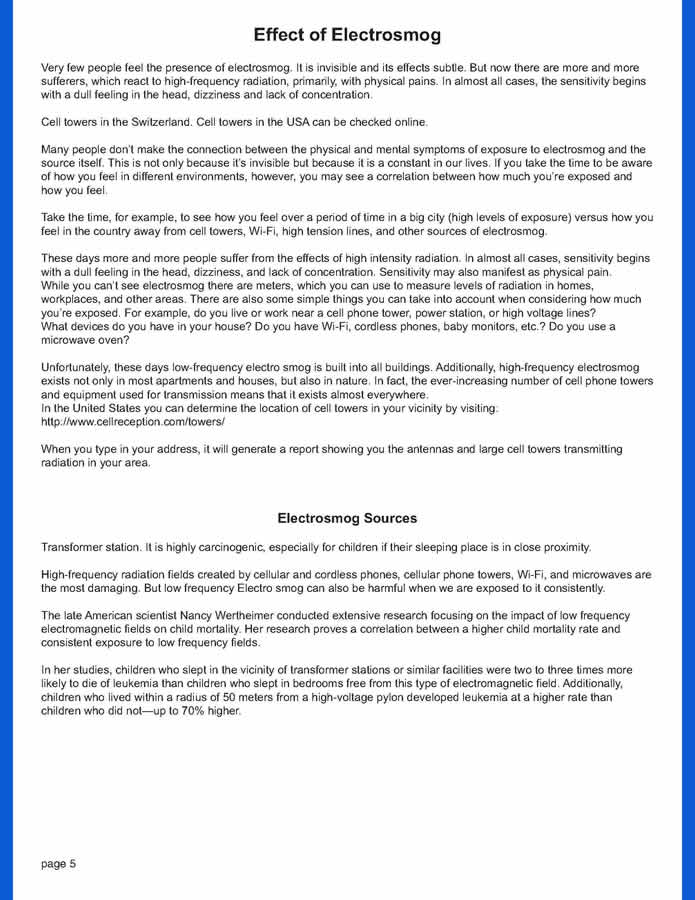 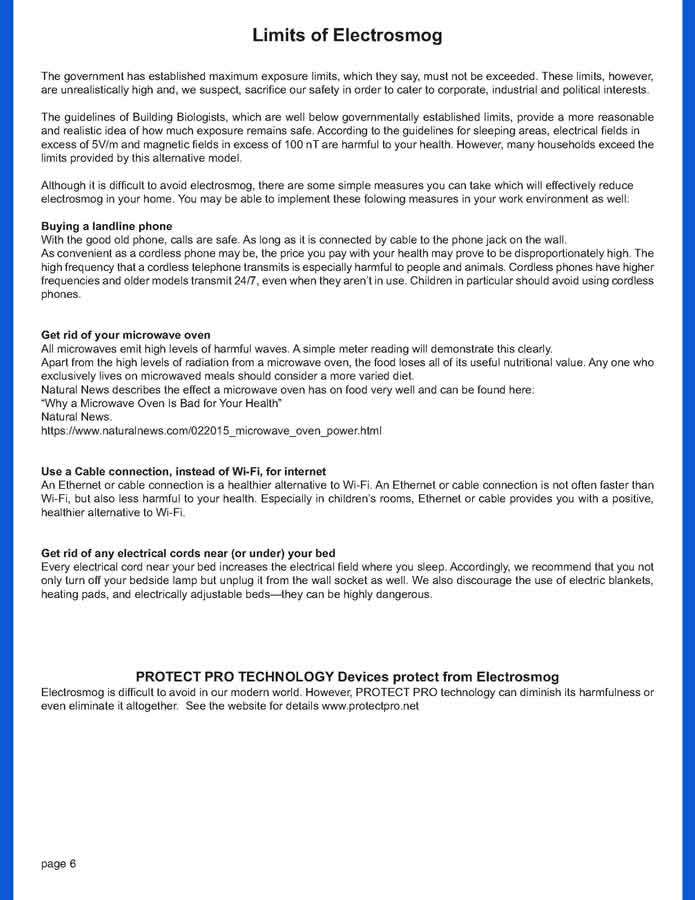 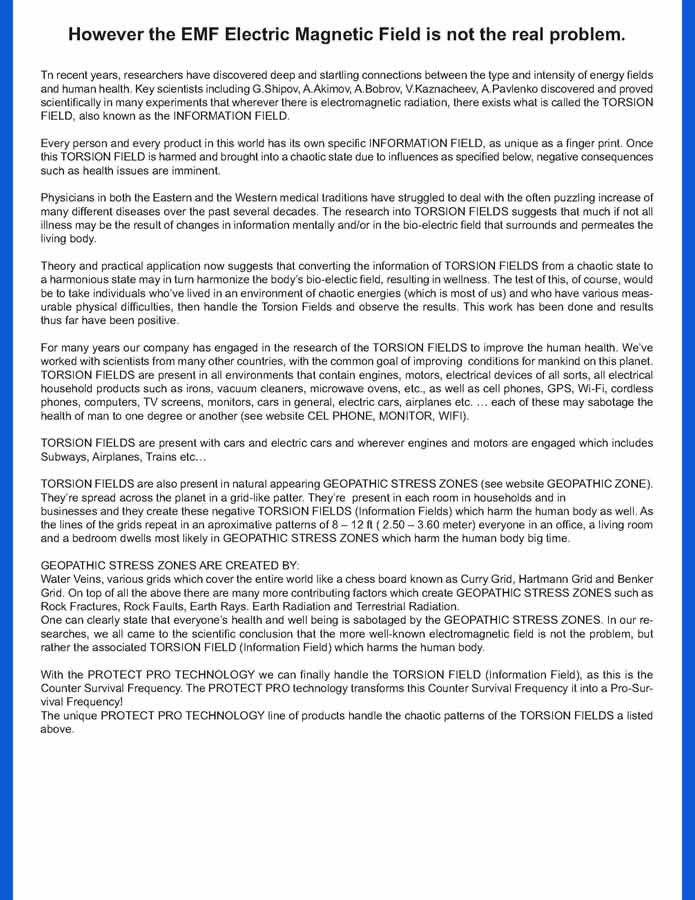