For any question you may have or to place an order simply send us an email including your name address and phone number to:
ipcusacorp@gmail.com

Danger of Geopathic Zones 1 of 2

Danger of Geopathic Zones 2 of 2

One may assume that GEOPATHIC STRESS ZONES and mental issues (psychosomatic) are the most unknown factors in the entire medical world. They are most likely responsible for most illnesses and the reason many people cannot improve and sustain their health.

One can take it as a fact that almost every one of us is infected in health by GEOPATHIC STRESS ZONES.

Because the research in this area has not gone ‘mainstream’, it is safe to assume that most of the medical doctors and environmental health experts do not know these facts or are even ignoring them. However, treating a person with any health issue without checking for and eliminating the negative impact of geopathic zones on that person may sometimes be a waste of time, money and effort.

Besides they have no idea on what to do about it. In many cases, it seems like they do not want to know, as it pushes them out of their comfort zones.

These various grids run in a chess board like pattern across the world. The lines run typically between 8 to 12 feet apart, so the chance is very likely that you have in your bedroom (bed), living room (couch), office (chair) grids running through those places where you typically dwell for an extended period. And even more, if these grids and possible water veins, cross each other these sections are even more harmful to your body and health than regular grid lines. It’s not important if you dwell in negative places for a few minutes but if you stay in these places for an extended period (bed, couch, office chair, school, hospital) that is when your body is undoubtedly strong effected.

However, the Electromagnetic Field of all listed above’s influential factors created is not the real problem, like we always thought it was. The higher status value is what is called the TORSION FIELD or INFORMATION FIELD. The new science shows that this TORSION FIELD needs to be handled by changing it from a chaotic condition into a harmony. And this will stabilize the health of people.

Electromagnetic waves are invisible energies caused by the flows and changes of electrical currents. Some are natural, coming from the sun, outer-space and from the Earth’s own magnetic fields. Others, generally the most dangerous ones in terms of our daily exposure, are entirely man-made.

GEOPATHIC STRESS ZONES (from ‘geo’ – Earth + ‘pathic’ – illness) are naturally occuring areas where the energies have negative effects on health or well-being.

Microwave Radiation of a low level exists throughout the galaxy, but our local exposure to man-made microwaves from WiFi, cell phones, cell-phone towers, radar and microwave ovens is now millions of times of times stronger than galactic microwaves.

Our bodies are designed in an ORDERLY way and are meant to live in a relatively orderly environment, as far as electromagnetic waves are concerned. Waves from the sun are far less dis-orderly than man-made microwaves from cell phones and WiFi, which carry billions of ‘bits’ of information encoded on them.

When our bodies are exposed to chaotic energies, our health and well-being suffer.

The PROTECT PRO TECHNOLOGY Geo / WiFi device protects people from the harmful effects of a certain aspect of electromagnetic radiation, called the TORSION FIELD (also known as the INFORMATION FIELD).

On the influence of Geopathic Zones

Compelling statistics of human disease patterns throughout the world have linked these illnesses with GEOPATHIC STRESS ZONES. A device was needed to neutralize the harmful effects on biological systems. The negative effects of geopathic zones on the health of the human body typically appear after an extended time spent in the negative field i.e. bed, couch, office chair etc. Note that the chaos in a TORSION FIELD present in GEOPATHIC STRESS ZONE may be less chaotic in nature than WiFi but it is still very significant, or the phenomenon would never have been discovered in the first place.

The major GEOPATHIC STRESS ZONES experts believe that rectangular and diagonal grids cover the entire planet like a chess board.

When your body is on one of these lines, or especially where these lines intersect, you experience GEOPATHIC STRESS.

The GEOPATHIC LINES and grids move and change over time. So if your bed (your couch, your office chair etc.) sits today in a GEOPATHIC STRESS FREE ZONE tomorrow or next month it may not be safe anymore, due to the changes of these GEOPATHIC LINES and especially those intersections (called “nodes”),

At present, the simplest and safest way to avoid the risk of serious illness caused by exposure to the chaos in a TORSION FIELD of GEOPATHIC STRESS ZONES is the use of protective PROTECT PRO TECHNOLOGY Geo / WiFi device.

Please check our tab TORSION FIELD for a detailed explanation.

Living and/or working in the area of influence of GEOPATHIC STRESS ZONES. will always adversely affect the health. Especially dangerous is long-term residence in places of intersection of these lines. For longer stays in a hostile zone situation, different organs can be affected. People will inevitably become ill.

The extended exposure to the chaos in a TORSION FIELD of GEOPATHIC STRESS ZONES can lead to a significant decline in health and could be the cause of many serious health symptoms and conditions directly associated to harmful frequencies which may manifest in the following conditions among others: cancer, cardiovascular and neuropsychiatric disorders, and disorders of the musculoskeletal system, provokes functional violation accelerates the development of inflammation and leads to deformation of one’s own body biofield and, consequently, leads to serious diseases – various forms of cancer, violations of the coronary and cerebral circulation, polyarthritis, and multiple sclerosis. Alzheimer’s, Parkinson’s, leukemia, cancers, brain tumors, fatigue, depression, general mental disorders, headaches, unexplained agitation, sleeplessness, loss of concentration, loss of energy, weak vision and memory, sleep disorder visual impairment, nervousness, reduction of the blood levels of leukocytes and lymphocytes, immunity disorders; it adversely affects the endocrine and reproductive system and much more.

Basically, harmful frequencies can cause any health condition in a person. Because each body is different, the harmful waves may affect each person in a different way.

Children and pregnant women are most vulnerable to negative effects of the TORSION FIELD.

Unfortunately, doctors have not always associated these functional disorders with the influence of GEOPATHIC STRESS ZONES , trying to treat patients in many ways, including questionable health products at times.

Simply plug the PROTECT PRO TECHNOLOGY Geo / WiFi into a power outlet. A small LED green light will light up confirming the device is properly working.

The PROTECT PRO TECHNOLOGY Geo / WiFi protects from the harmful effects of GEOPATHIC STRESS ZONES. It extends outside the particular room in which the device is installed to any other room as long as the electrical cable run in the other room(s) is on the same circuit (same “phase”).

The PROTECT PRO TECHNOLOGY Geo / WiFi protects at the same time from the harmful effects of Wi-Fi stations. It extends outside the particular room in which the device is installed to another WiFi station in another room as long as the station is plugged in on the same electrical cable run /  on the same circuit (same “phase”) as the one in which the unit is plugged in.

The PROTECT PRO TECHNOLOGY  Geo / WiFi unit handles the chaos in the TORSION FIELD created by the electromagnetic radiation and turns the chaotic harmful frequency into a body-friendly harmony.

The PROTECT PRO TECHNOLOGY Geo / WiFi works on 110-240V. For some countries a plug adapter is required, which may be not included.

This device does not interfere with the operation of WiFi stations, cell phones or other electronic devices.

Our statements have not been evaluated by the FDA. Our products are not intended to diagnose, treat, cure, or prevent any disease. Our products do NOT contain any materials that are magnetic, electromagnetic, radioactive, toxic or corrosive. 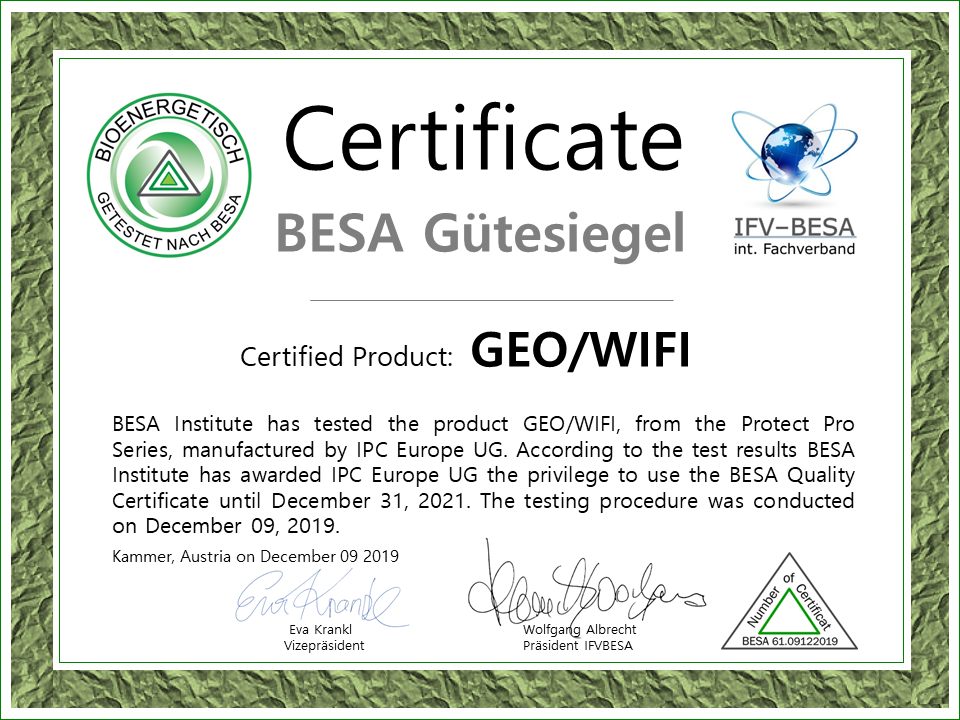 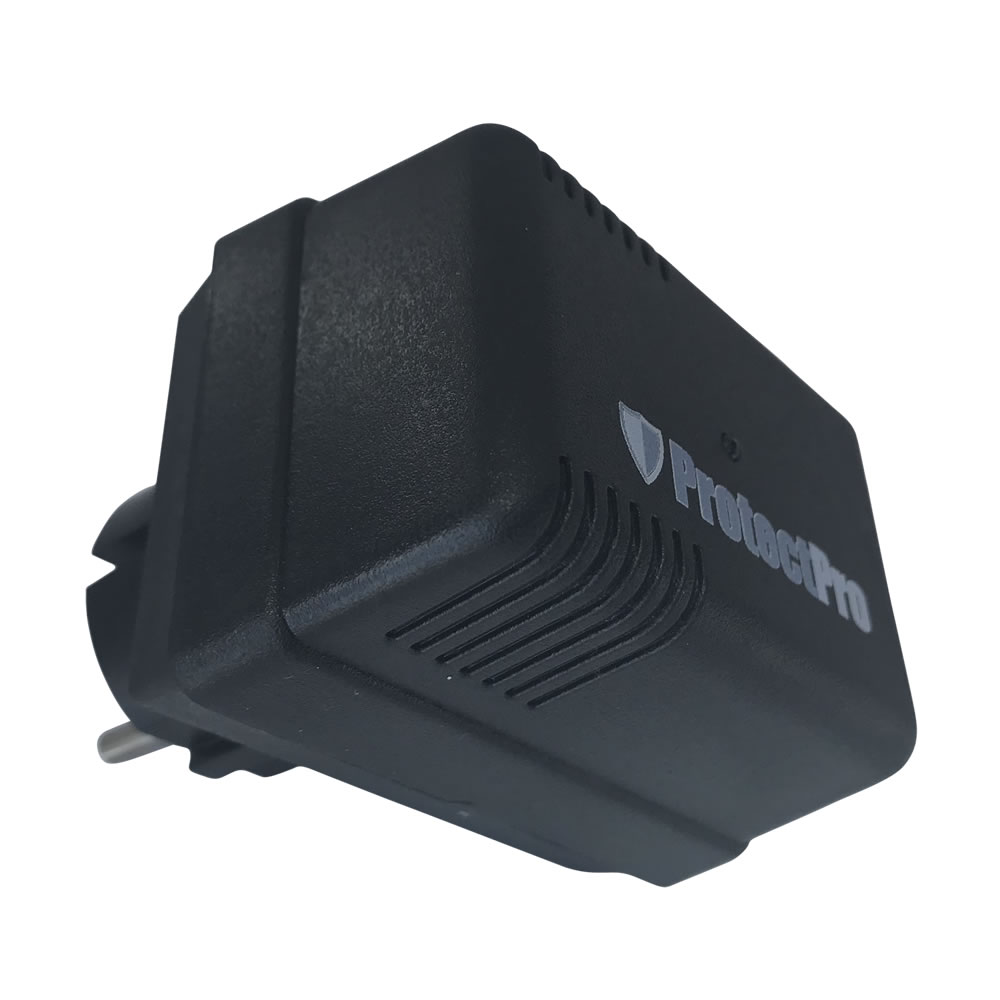 USA plug adapter will be supplied with the product.

Below you will find a downloadable file of a fantastic scientific study which seems to have no comparison.
I appreciate the author to allow me to pass it on to you. Thank you very much
Source: Mr. Klaus Piontzik, PiMath@web.de, http://erdmagnetfeld.pimath.de/index_en.htm 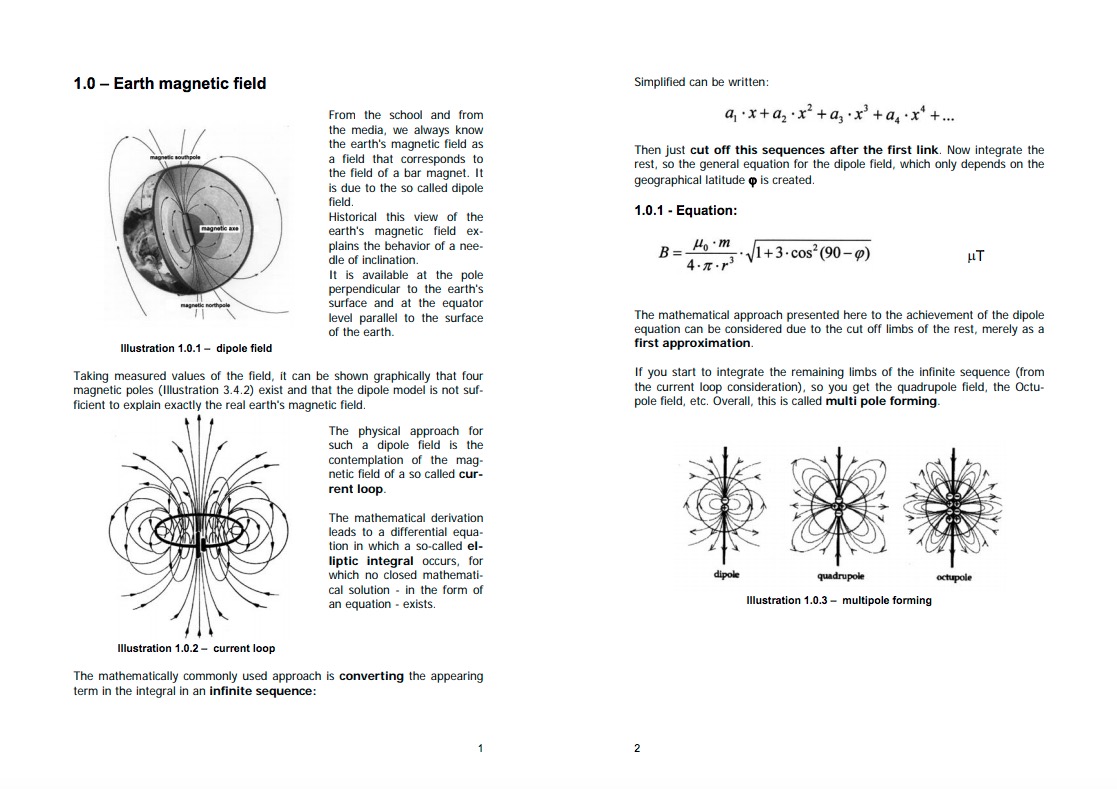 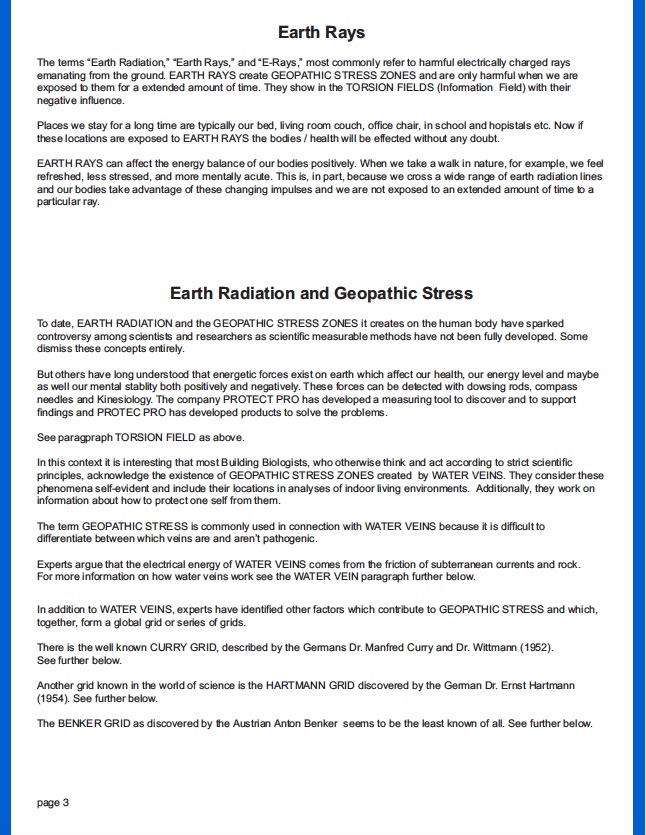 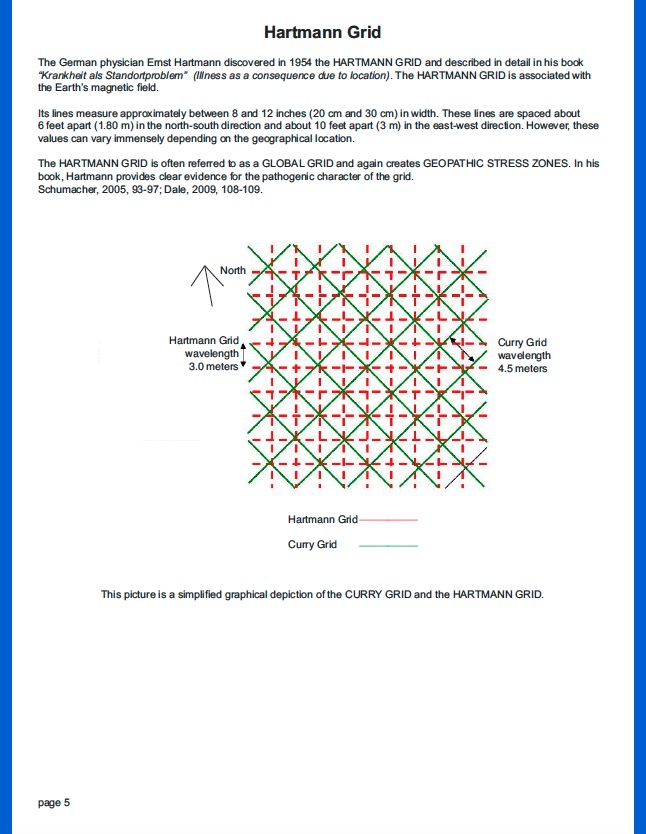 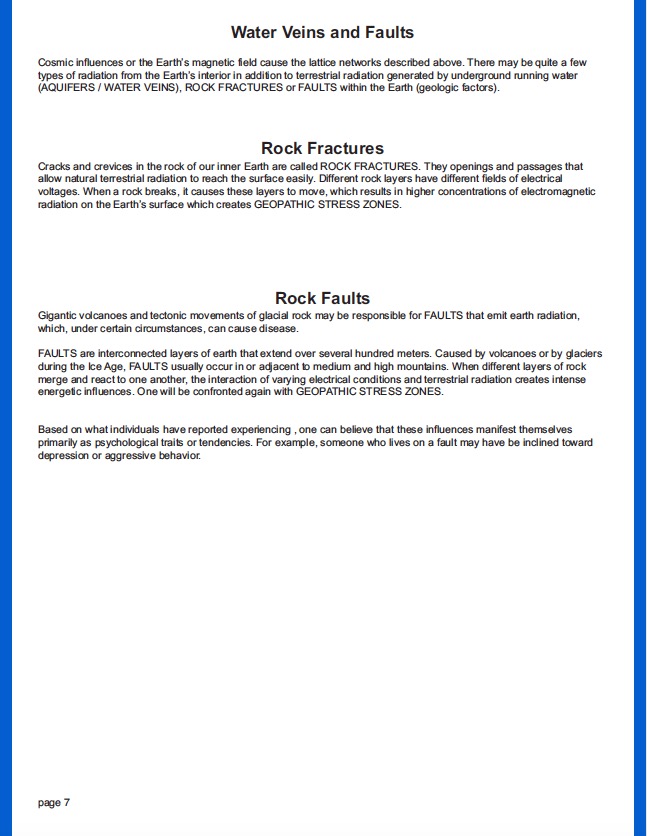 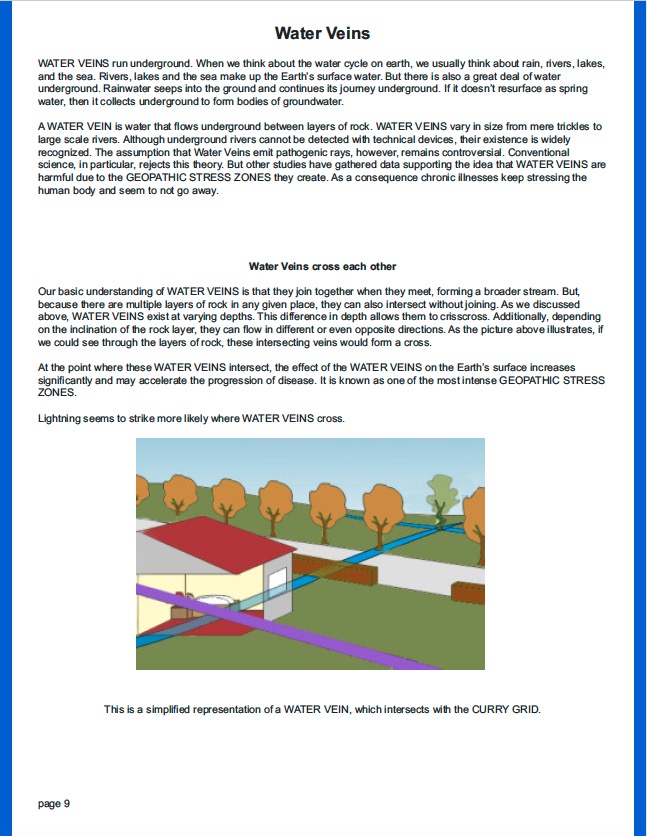 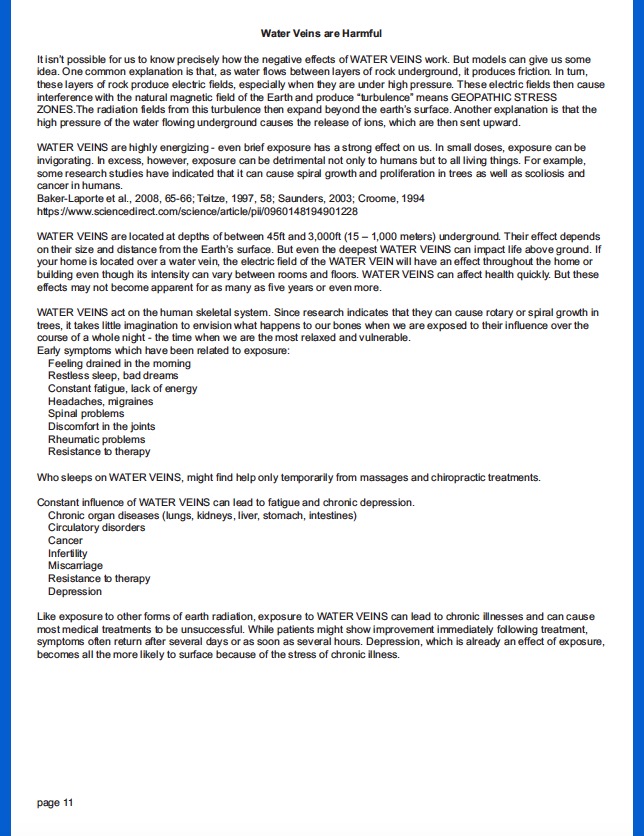 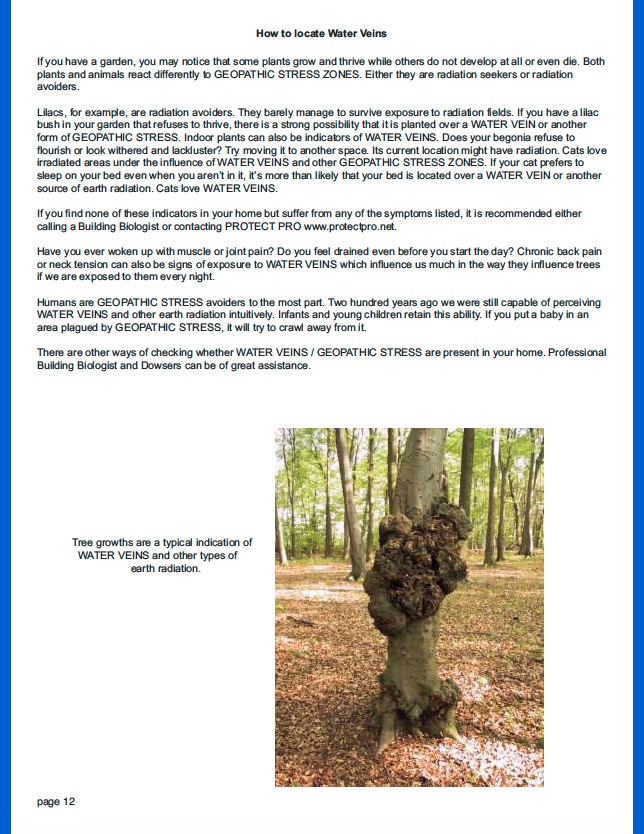 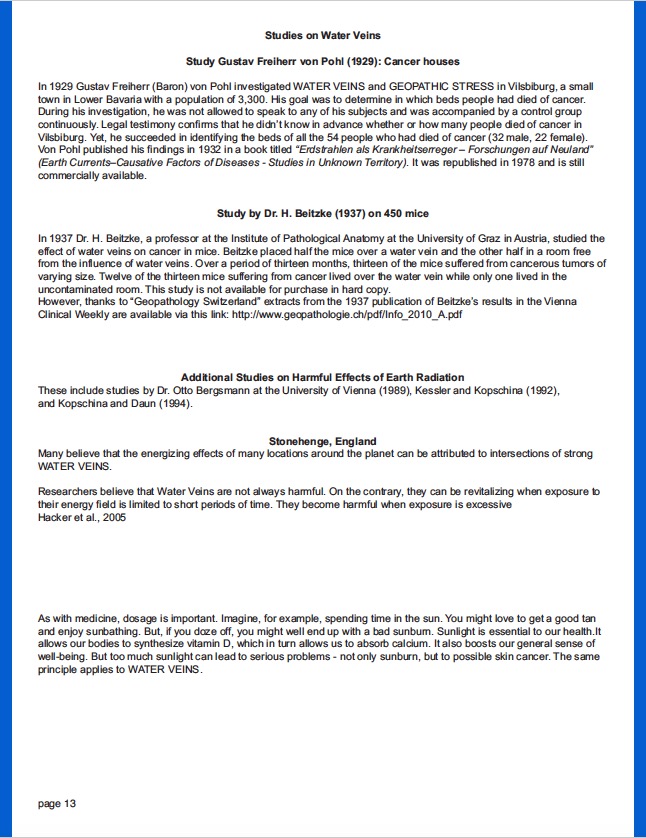 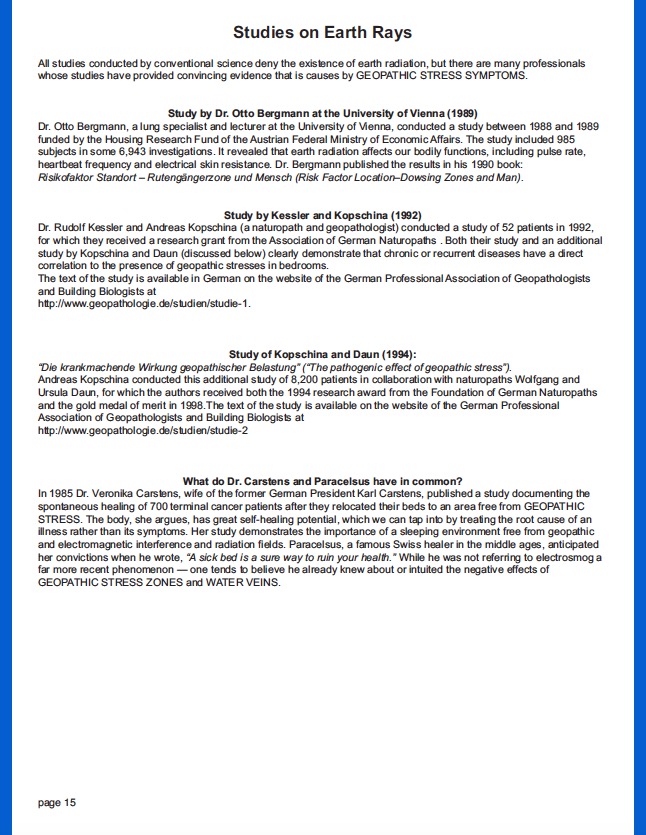 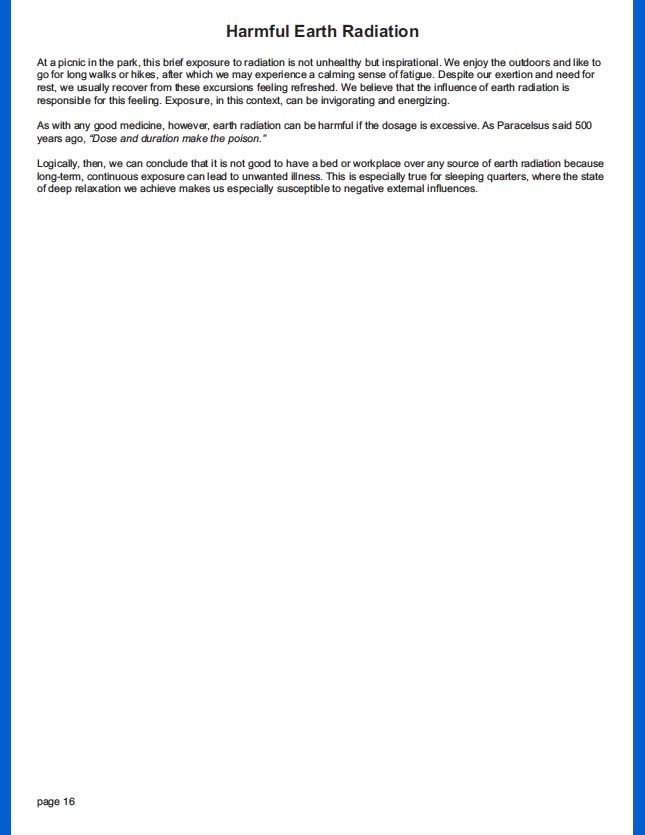 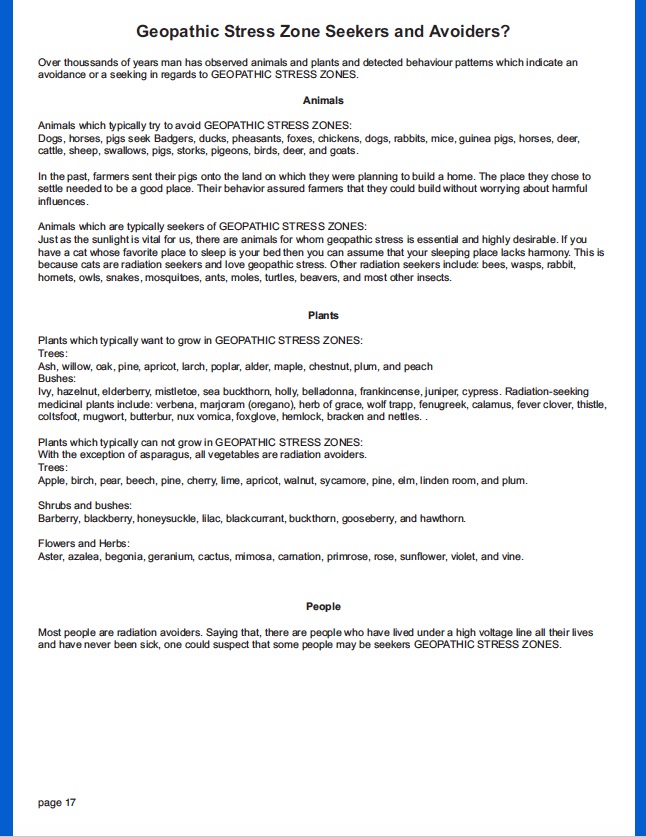